The one question that has bugged me my entire life is, what I am really good at? My friends would say, “being a sorry loser.” But let’s not get into that now. So when I was asked to write about how I got a DAAD Public Policy and Good Governance (PPGG) Scholarship/বৃত্তি, my initial reaction was, o my, I have actually achieved something in life! What actually made me get this scholarship/বৃত্তি? The answer is perseverance. You may have no notable talent , but if you keep trying for something that you want, there is a big chance that you would end up achieving it.

Like many other things in my life, I decided to apply for the DAAD PPGG Programme in an impulse. I was browsing on Facebook and suddenly I noticed the announcement of the scholarship/বৃত্তি programme. To be honest, I was attracted to the picture of a beautifully lit campus on its cover. It was in 2013, I was a Master’s student at Dhaka University and working as a reporter at an English language daily. I went through the requirements section, and found it to be corresponding with my qualifications and interests. There was a slight problem though, the deadline was in only two weeks. I had a motivation letter to write, select universities, fill in form on the DAAD web portal, and heaven knows how many questions I had swarming in my mind. I don’t know what made me hell-bent to apply for this programme that I started working round the clock.

I went to the Goethe institute two times in a row, but it was of not much help. I approached the teachers for reference letters, who though agreed to give me one, were taking forever. Then came the most dangerous part, I learned that all my documents had to be attested by the German Embassy, for which I did not have enough time. So what I did was, I went to my school, college and university for attesting all my documents by respective institutional heads. It was Ramadan time, the traffic jam was horrible. I was even more frustrated as by then I had left my job due to some issues.

So there I was, unemployed, stuck in traffic jam, confused and tired. To salt the wounds, I lost all my attested documents (maybe on a bus) and had to repeat the whole process. Surprisingly, I managed to submit the application on time. Let me share an expereince here, when I went to the German Embassy to submit my hard copies, three other people were already showed up, all of them were university teachers. 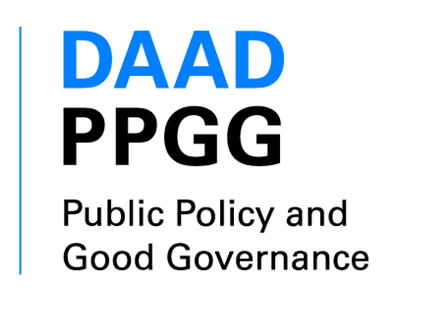 I waited, the time was long, the results came out. However guess what, I was not selected. The outcome was very disappointing. I was shocked (don’t know why. I didn’t expect to get the scholarship/বৃত্তি anyway.). Having a long friendship with depression, I could not apply for a new course until another DAAD PPGG announcement came out in May, 2014. By this time, I was familiar with the great Facebook based group named, Bangladesh Students and Alumni Association in Germany (BSAAG) and one of its stalwarts Tanzia Islam, without her help, I might not had thought twice to apply for the programme. The other members such as Mehedi Hasan bhai helped as well. The rest of the story was pretty simple, I repeated everything I did in 2013. This time I attested my documents from the German Embassy as I had enough time. Fortunately, this time the application was to be made directly to the university web portals, meaning no hard copies to DAAD, which made it less of a hassle. I had to send my hard copy documents to only one university and for the rest it was completely online based.

I got notified that I have been awarded a DAAD PPGG Scholarship/বৃত্তি for the MA in Democratic Governance and Civil Society at University of Osnabruck. What the news gave me was mental peace, nothing else. I have won the battle against my shaky confidence. Nothing is sure yet. I am yet to get a German visa. But hey, I still have enough fight in me. No matter what happens in the future, I will keep fighting. I firmly believe anybody will win the fight if the one has enough self-confidence and perseverance.