German cinema has long been at the forefront of innovative filmmaking, serving as a major influence on horror movies, dystopic science-fiction and film noir (to name only a few genres). It’s hard to narrow down the best, but these 10 German movies from the past 35 years that have all earned an entry in 1001 Movies You Must See Before You Die.

Wolfgang Petersen’s realistic anti-war film, faithfully adapted from war correspondent Lothar-Guenther Buchheim’s 1973 novel of the same name, follows the heroic efforts of a war-weary U-boat captain (Jurgen Prochnow) and his desperate crew as they patrol the North Atlantic and Mediterranean during World War II. This harrowing, tense movie is considered one of the most exquisite war films ever made.

This 2004 war movie puts forth the first serious portrayal of a German-speaking Fuehrer Hitler (Bruno Ganz) since Nazism was censored in postwar Germany. It depicts the last chaotic days within Hitler’s underground bunker as Allied troops advance on Berlin in 1945 and the Fuehrer descends into madness, told from the perspective of his 22 year-old secretary Traudl Junge (Alexandra Maria Lara).

Werner Herzog’s action-adventure movie offers a fascinating depiction of a crazed Irish dreamer (Klaus Kinski) who schemes to become a rubber entrepreneur in turn-of-the-century Peru. His quixotic plans include hauling a 320-ton steamship over a South American mountain range in order to access a bevy of unclaimed rubber plants, then using his rubber fortune to finance an opera house in the middle of nowhere. 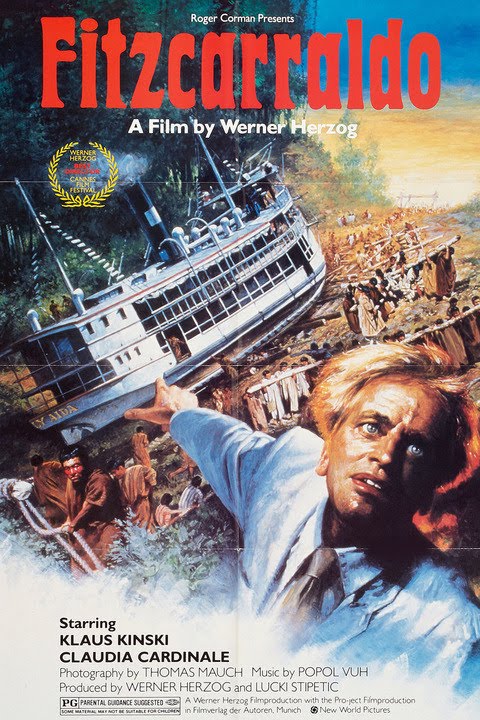 When Alex (Daniel Brühl) is arrested during an anti-government protest in East Berlin, his mother Christiane (Katrin Sass) is so shocked that she suffers a near-fatal heart attack and falls into a coma. When she awakens months later, much is different: The Berlin Wall has fallen and capitalism has come to East Berlin. Not wanting the changes to add stress to his mother’s life, Alex embarks on an elaborate ruse to prevent her from learning the too-shocking truth, including searching for old government-branded coffee and pickle jars and filming fake, pre-unification news broadcasts.

Werner Herzog’s expressionistic tribute to Bram Stoker’s classic tale recounts stars Klaus Kinski as Count Dracula and illustrates his attempts to take the virginal Lucy Harker (Isabelle Adjani). Although Lucy initially refuses his entreaties, she ultimately offers herself up to the vampire as a ploy to vanquish the evil that lurks inside the tortured, bald, rat-faced, pointy-eared nobleman.

Tom Tykwer’s relentless, adrenalized indie hit offers up three different versions of the same story as the tattooed, redheaded Lola (Franke Potente) races to acquire the 100,000 Deutschmarks needed to save the life of her drug-dealing boyfriend (Moritz Bleibtreau). In each scenario, Lola’s actions change by a matter of seconds, drastically altering the consequences for all involved and addressing deep issues about destiny and fate.

7. The Lives of Others

This sociopolitical dramatic thriller from Florian Henckel von Donnersmarck was both his debut feature and an Oscar winner for Best Foreign Film. Set in 1984, it tells the story of East German police captain Gerd Wiesler (Ulrich Muhe), who spies on a socialist playwright (Sebastian Koch) and his lover Christa-Maria (Martina Gedeck).

8. The Marriage of Maria Braun

A parable about survival in postwar Germany, this intelligent and challenging 1979 movie was the first of director Rainer Werner Fassbinder’s so-called BRD trilogy, followed by 1981′s Lola and 1982′s Veronika Voss. Hanna Schygulla plays the shrewd and ambitious title character, who thrives as a career woman just as the country plunges into a period of corruption. 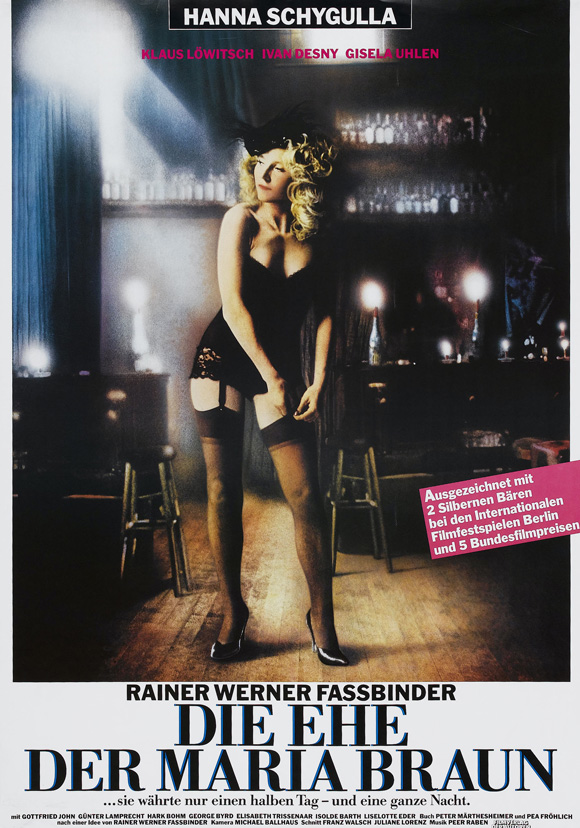 Volker Schlondorff’s drama won an Oscar winner for Best Foreign Language Film. Oskar Matzerath (David Bennent) is blessed with auditory clairvoyance and lives in the “free city” of Danzig on the Polish-German border. As a young boy, he receives a tin drum for his birthday; after an accident, he wills himself to not grow any further and deals with his anger by pounding on his drum.

Wim Wenders’ whimsical fantasy is a tale of two earthbound, invisible angels, Damiel (Bruno Ganz) and Cassiel (Otto Sander), who listen to the thoughts of everyday people: commuting subway passengers, library patrons, etc. A dilemma arises when Damiel wishes to join the earthly world after falling in love with a circus acrobat, Marion (Solveig Dommartin), who conversely wishes to be immortal. 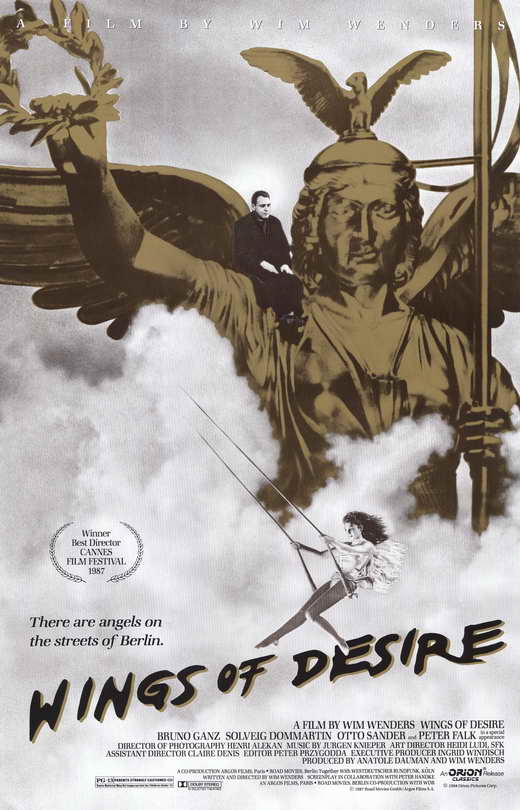