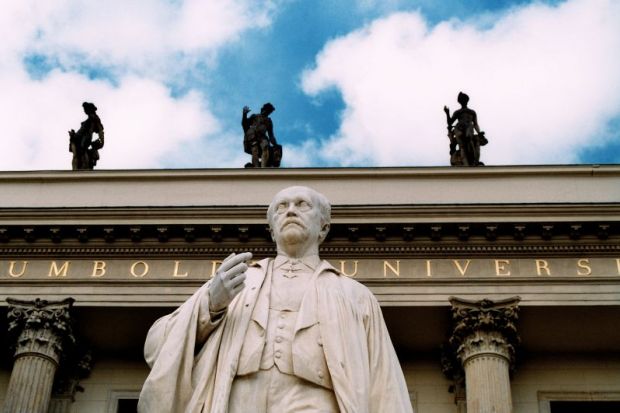 This follows a jump of nearly 8 per cent the previous year. Numbers have risen about 30 per cent since 2012.

Germany: an alternative route to excellence

END_OF_DOCUMENT_TOKEN_TO_BE_REPLACED

In most English-speaking countries, this kind of news would have university finance chiefs grinning from ear to ear: more international students means lots of extra cash from hefty tuition fees.

But in Germany, students – on the whole – famously pay no tuition fees, regardless of where they come from. Seen from the US or the UK, this policy may appear either supremely principled, or incredibly naive. With international students making up nearly one in 10 students (and even more if you count non-citizens who went to German schools), why does the country choose to pass up tuition fee income and educate other countries’ young people for free?

One reason is that Germany has a much bigger demographic hole to fill than the US or the UK. It is second only to Japan in terms of the proportion of its population over 60, according to the United Nations, and so needs young, skilled workers to keep its economy going. Germany still offers an 18-month post-study work visa for graduates from outside the European Union; the UK scrapped a similar scheme in 2012.

International students certainly seem to want to stick around: about half plan to remain in Germany after graduation, according to a survey conducted by the German Academic Exchange Service, with three in 10 planning to stay permanently.

Although this is far from their only role, “universities are motors of economic welfare, they attract people to Germany”, explained Marijke Wahlers, head of the international department of the German Rectors’ Conference (HRK).

“International graduates are very welcome to stay in Germany – either for a certain period of time or for life.” But, she stressed, “we are, at the same time, very much aware of the impact of brain drain around the globe, so we like to think about this issue in terms of a global circulation of brains”.

The “soft power” argument plays a role too: overseas graduates are also seen as generating goodwill for Germany globally. “The idea of Germany being part of an international community is valued very highly,” said Ms Wahlers. “Of course, we invest a certain amount of money [in their education], but what we get back is worth so much more. The international students, when they graduate, will be partners for Germany in the world, this kind of international network building is of immense importance to us.”

But there is a third reason why Germany is happy to educate overseas students that has less to do with global soft power, and more to do with local politics. After 2006, seven German Bundesländer, which set fee levels, rather than the federal government, introduced (modest) fees, only to hastily scrap them under pressure from the public and left of centre parties, explained Ulrich Müller, head of policy studies at the Centre for Higher Education, a German thinktank.

Introducing fees for international students could be interpreted as a prelude to charging all students, he explained. “For that reason, most politicians maintain a distance from this topic,” he said.

This anti-fee consensus is showing signs of cracking, however: from this autumn the south-western state of Baden-Württemberg will start charging non-EU students €1,500 (£1,252) a semester. “Other Bundesländer are watching very carefully what will happen in Baden-Württemberg when it introduces fees for international students,” said Ms Wahlers. The HRK’s view is that all students should pay “moderate and socially acceptable fees”, she explained.

Free university for overseas students – and indeed German students as well – may come under increasing pressure after 2020, when Bundesländer will be forced to run balanced budgets, explained Mr Müller.

And it remains true that while Germany has ramped up international student numbers in recent years, the proportion remains about half that in the UK, where nearly one in five comes from outside the country. “The issue of tuition fees in Germany will soon be raised again,” he forecasted.